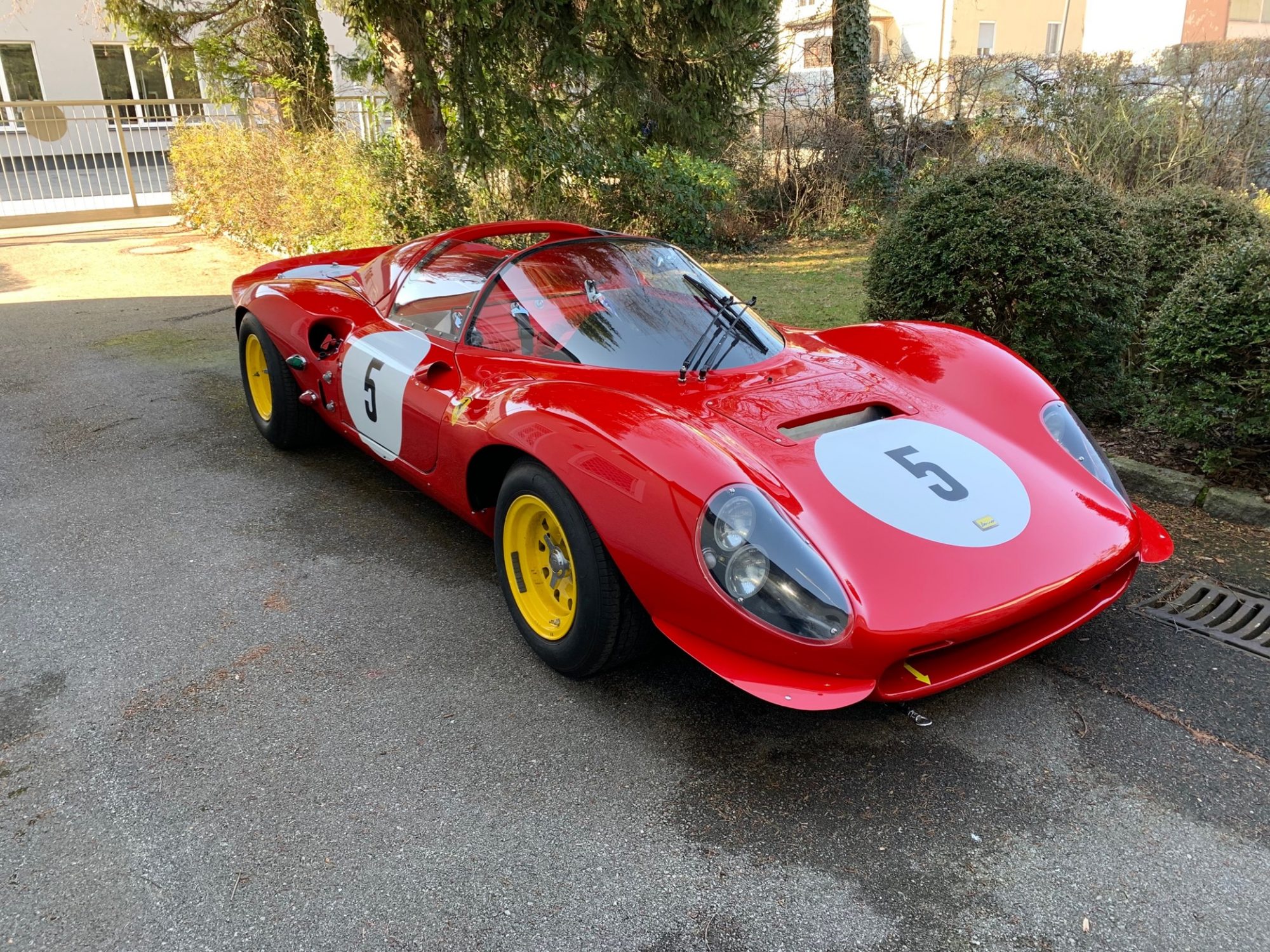 Great entry for the Racecar-Trophy

Egon Hofer from Salzburg named a fabulous car for the Racecar Trophy. It is a Ferrari Dino 206SP. This Dino was built in 1966, at that time this car was a guarantee of victory in its displacement class. The 2 lit. engine produced 296 hp at 11,200 rpm. With a 5-speed gearbox, the car weighed 670 kg and had a top speed of 280 km/h.

Registrations for the Racecar-Trophy are still possible until March 31st.

There are four categories

These are the locations

All cars of the Racecar-Trophy take part at the Porsche Design Grand Prix of Gröbming on Saturday, July 23rd.

What makes the Racecar Trophy so popular is the fact that the special stages are free and the scoring mode is designed in a way that it is possible for every vehicle taking part to win.
From the Formula 1 Wolf to Abarth and Ferrari, everything that counts among the most spectacular cars will take part.

REGISTRATION RACECAR-TROPHY
Shop
We use cookies on our website to give you the most relevant experience by remembering your preferences and repeat visits. By clicking “Accept All”, you consent to the use of ALL the cookies. However, you may visit "Cookie Settings" to provide a controlled consent.
Cookie SettingsAccept All
Manage consent

This website uses cookies to improve your experience while you navigate through the website. Out of these, the cookies that are categorized as necessary are stored on your browser as they are essential for the working of basic functionalities of the website. We also use third-party cookies that help us analyze and understand how you use this website. These cookies will be stored in your browser only with your consent. You also have the option to opt-out of these cookies. But opting out of some of these cookies may affect your browsing experience.
Necessary immer aktiv
Necessary cookies are absolutely essential for the website to function properly. These cookies ensure basic functionalities and security features of the website, anonymously.
Analytics
Analytical cookies are used to understand how visitors interact with the website. These cookies help provide information on metrics the number of visitors, bounce rate, traffic source, etc.
SPEICHERN & AKZEPTIEREN